A FAMILY BUSINESS DATING
BACK OVER 100 YEARS

PROUD OF OUR PAST
PASSIONATE ABOUT OUR FUTURE

A FAMILY BUSINESS DATING
BACK OVER 100 YEARS

DIVERSIFIED IN A WIDE RANGE OF
INDUSTRIES

Aujan Group Holding ( AGH ) is a diversified holding company, active in a wide-range of industries, including FMCG, Hospitality & Real Estate, Packaging Materials, Natural Resources and Financial Investments. A family business with a history dating back over a hundred years and a deep-rooted pioneering spirit, AGH has successfully leveraged its brand building and market development skills along with proven industry experience to drive sustainable profitable growth within the Middle East and Africa regions.

All of AGH’s activities are focused on capitalising on the potential of the Middle East and Africa region’s rapid economic growth. As such, AGH invests and partners with a number of world class companies in order to build capabilities and generate stable returns on investment.

Wherever it operates, AGH is an active participant in each location, adding value though managerial capabilities and local knowledge, as well as taking significant care to consider the community, people and the surrounding environment through socially responsible initiatives. AGH is proud of its past and passionate about the future. 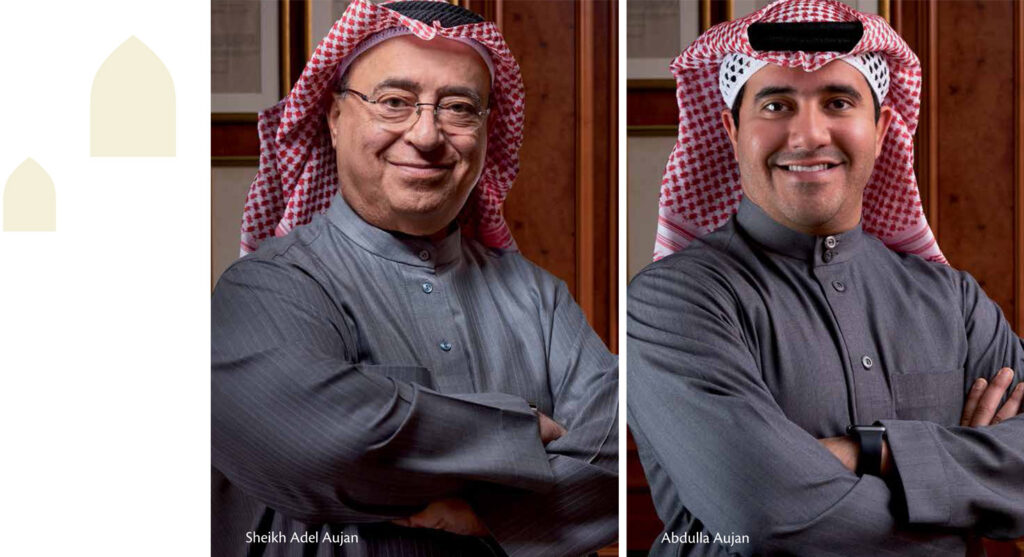 Over the last 20-30 years the Aujan Group business has been operating as a conglomerate. This diversity delivered portfolio balance, but in recent years we have recognized the need for operational focus particularly in a highly volatile MENA (Middle East and North Africa) region.

We have embarked on a program to deliver an FMCG centered operating business and a complementary investment company covering a full variety of investment classes from equity, and fixed income to real estate, technology and private equity. That transition is in progress and a number of disposals have been completed in the last 5 years.

The investment company will provide a solid, reliable return to the shareholders and the FMCG centered business will enable us to fully focus on driving superior returns using our long experience and deep expertise in the regional beverages market.

Through this period of change, our core capabilities have not changed. We focus on building great brands, working with world class partners, taking managed risk in challenging geographies and driving growth through excellent people. 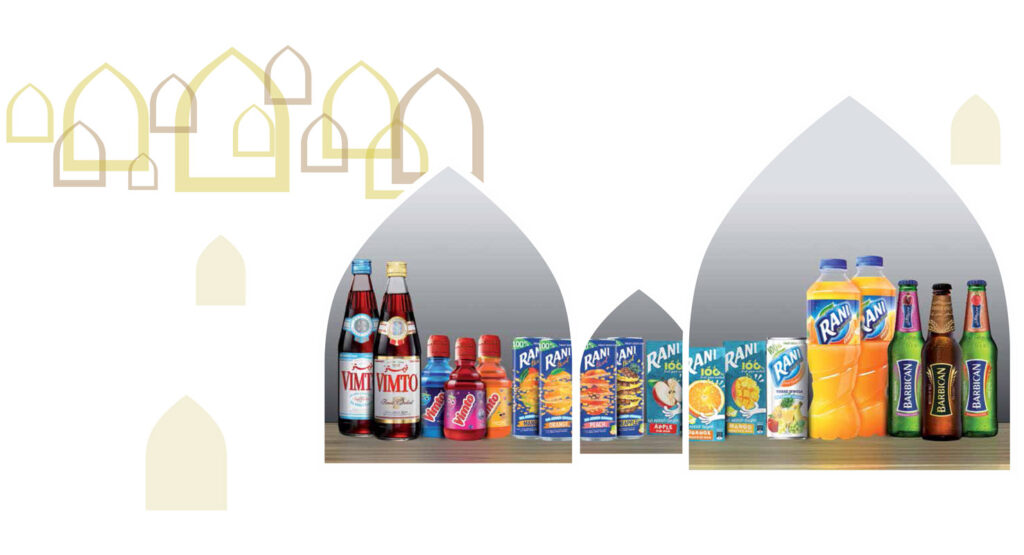 Located within the Niassa Special Reserve in northern Mozambique (a Commonwealth country). Holds the largest and most viable elephant population in Mozambique. Ideal habitat to re-establish black rhino which went locally extinct between 2000 and 2010. 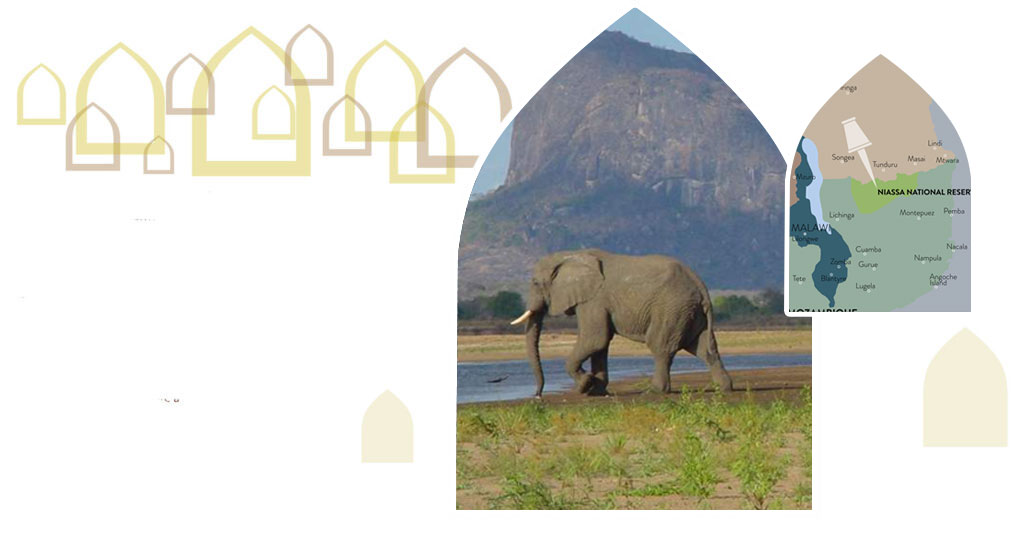 The float technology with its unique “chunks” was first developed in Japan and Rani Float Orange was the first product introduced to the Saudi Arabia market in 1982.

Today, a full Rani portfolio with delicious float and fruit drink varieties can be found in more than 50 countries around the world and is available  in many flavors and pack-types.

Prepare to be wowed by the Fruity World of Rani! 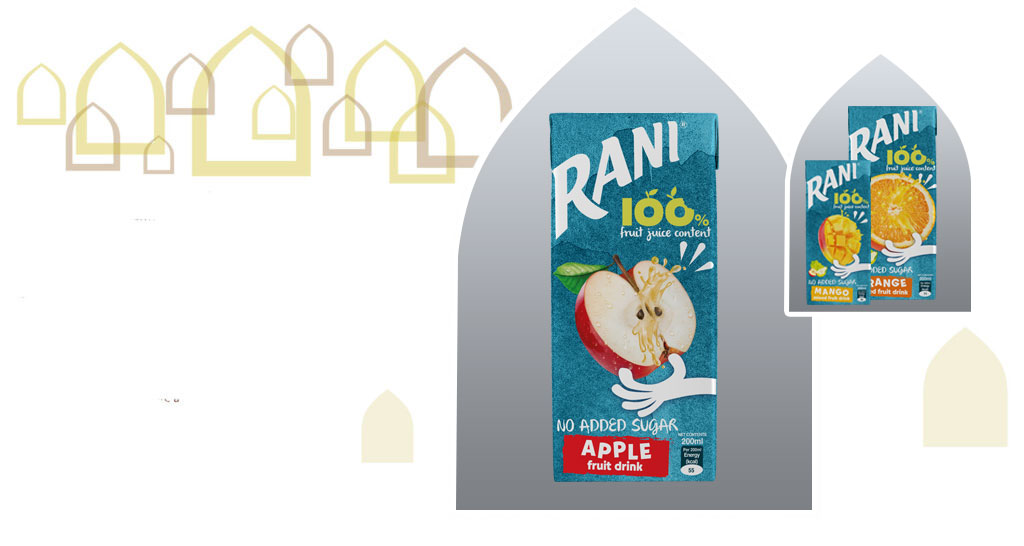 VIMTO was launched in 1908 in Manchester, England. Developed initially as a herbal tonic providing strength and energy “Vim and Vigour” Vimtonic, as it was originally named and soon became simply Vimto with its unique and refreshing taste. It was introduced to the Middle East by the Aujan family in 1928 and in 1978, Vimto was manufactured in the MENA region for the first time at the newly commissioned Aujan factory in Dammam, Saudi Arabia.

Over the years, Vimto has become one of the most loved and admired beverage brands in the Gulf Region. Vimto Cordial has become synonymous with Ramadan and the tradition of family gatherings, a unique and irreplaceable drink of choice on the iftar table consumed by families across all generations, providing a rewarding boost soothing the body after a day of fasting.

In recent decades, the Vimto portfolio has been extended to include Ready To Drink Sparkling and Fruit Drink range. Most recently a “No Added Sugar” Cordial and Fruit drink have been introduced, addressing the health and wellness lifestyle trend. The MENA region is the biggest global market for Vimto, evident in Cordial sales of approximately 25M bottles every year. 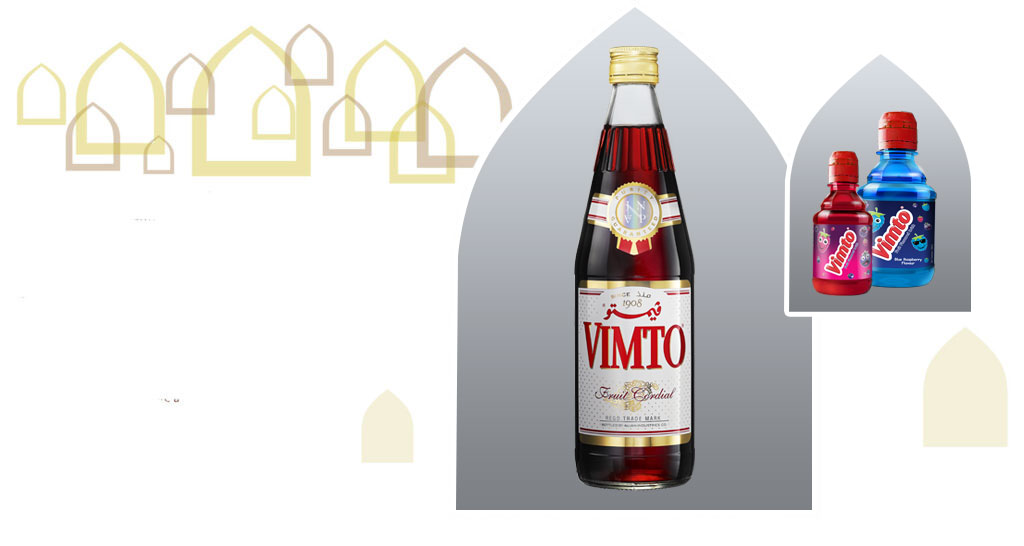 Barbican was first launched in Saudi Arabia by Aujan in 1982. It was labelled as an imported Non- Alcoholic Malt Beverage and was originally produced by Bass Breweries in the UK. Aujan progressively acquired the global Barbican trademark from Inbev between 2001 and 2010 and started local production of Barbican in Dubai in 2005.

Today Barbican is a leading beverage brand in the region and in most GCC countries holds market share leadership in the malt beverages. The brand has developed strong bonds with consumers in the region and Barbican has established itself as a badge brand for young adults, supporting them in their ever-changing search for self-expression.

Barbican meets different consumer needs with a wide range of flavours and is available in glass bottle and aluminum cans. The brand continues to grow via new innovations and expanding its range of tantalizing flavours amplifying moments of togetherness. 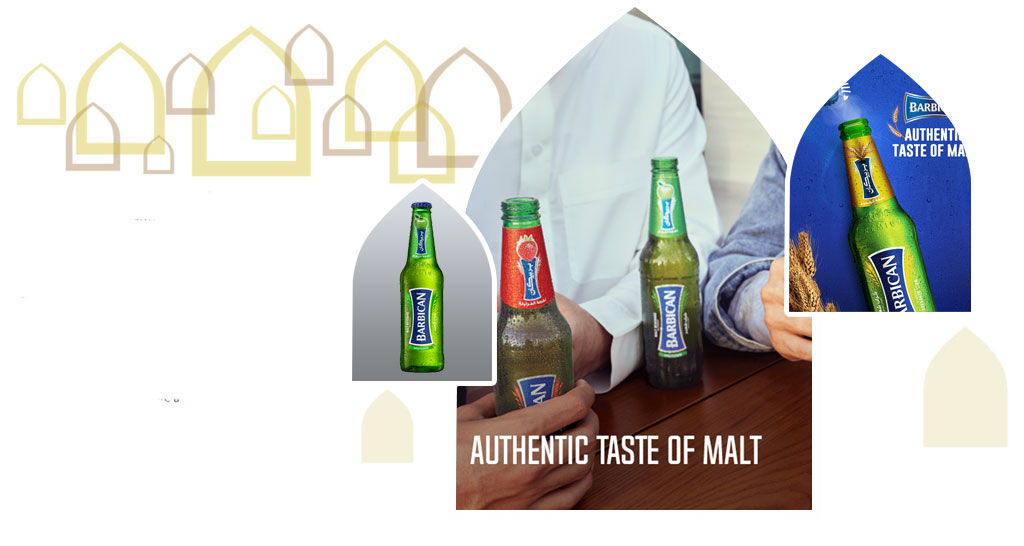 An island paradise among Mozambique resorts with 44 luxury villas located 30 km off the mainland, where rolling sand dunes melt into the clear azure ocean. A protected marine reserve and national park, with world-class diving, sailing, and snorkelling. 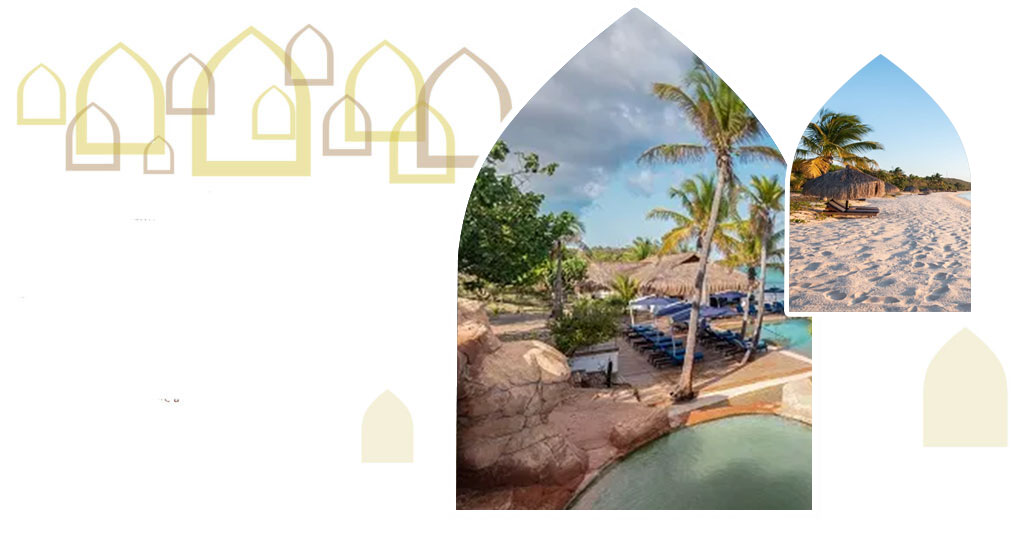 Located on a small private island which is part of the protected Quirimbas Archipelago that stretches along Mozambique’s northern coastline. The horizon is an endless swirl of white sands, turquoise lagoon and the blue Indian Ocean. The resort has 12 beach villas cast away with luxury in Robinson Crusoe style, with world-class diving, sailing, deep-sea fishing, water sports, Whale and dolphin watching. 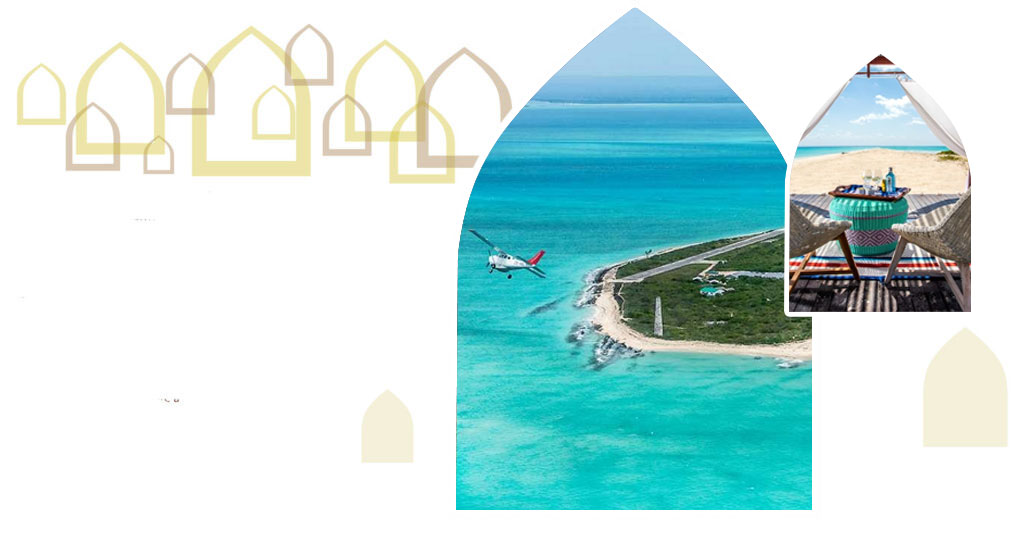 The Avani hotel with 168 rooms and suites is perfect for beach escapes, cultural exploration and business gatherings. Located between Pemba Bay and Wimbe Beach, a short walk from the ancient port town of Pemba, a gateway to the Quirimbas Archipelago and Niassa Reserve. 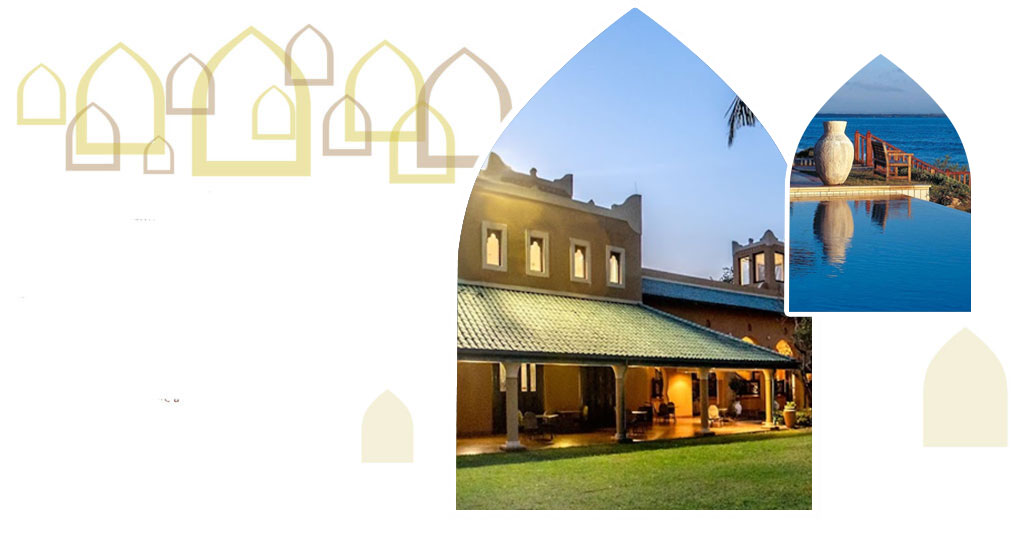 Stanley & Livingstone Boutique Hotel is the first of its kind in Victoria Falls, one of Africa's major attractions. Serene and luxurious, it provides a lovely base from which to explore the many sights, scenes and attraction the area has to offer. Or you can simply relax and take a break between safaris, watching as the wildlife comes to visit at the waterhole. 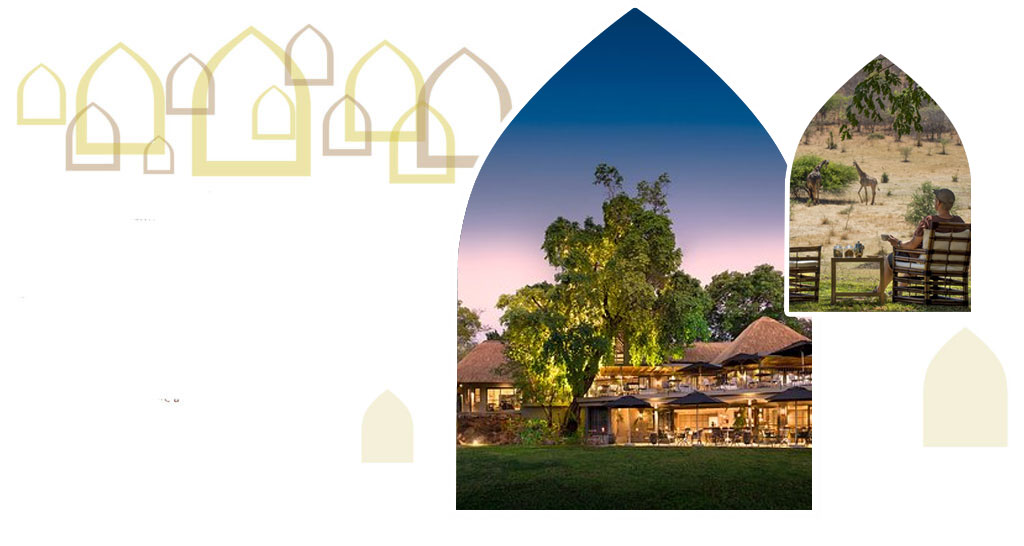 Enjoy superlative views of the Burj Khalifa from The Oberoi, Dubai, close to prominent business and leisure landmarks. Internationally acclaimed for taking care of its guests, the 5 star Oberoi hotel in Dubai offers spacious, comfortable accommodation, fine dining to suit every palate and a 24 hour business centre equipped with all modern technologies. After a busy day at work or sightseeing, our comprehensive wellness facilities are the perfect solution to help you wind down. 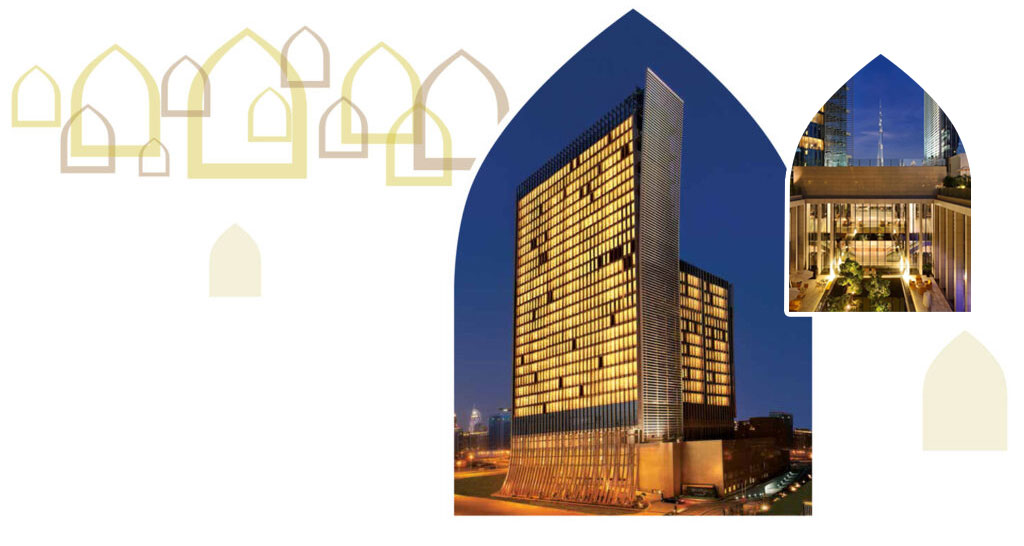 Just steps from the scenic waterfront in Mozambique’s cosmopolitan capital city, Torres Rani is the place to live, work and relax. Distinctive architecture with panoramic water views evokes the beauty and tranquillity of the ocean. Unrivalled infrastructure and state-of-the-art security bring peace of mind, while five star facility management assures no detail is overlooked. The iconic Residential and Office Towers add a new dimension to the cityscape, reflecting the opportunities and rewards of a flourishing economy. 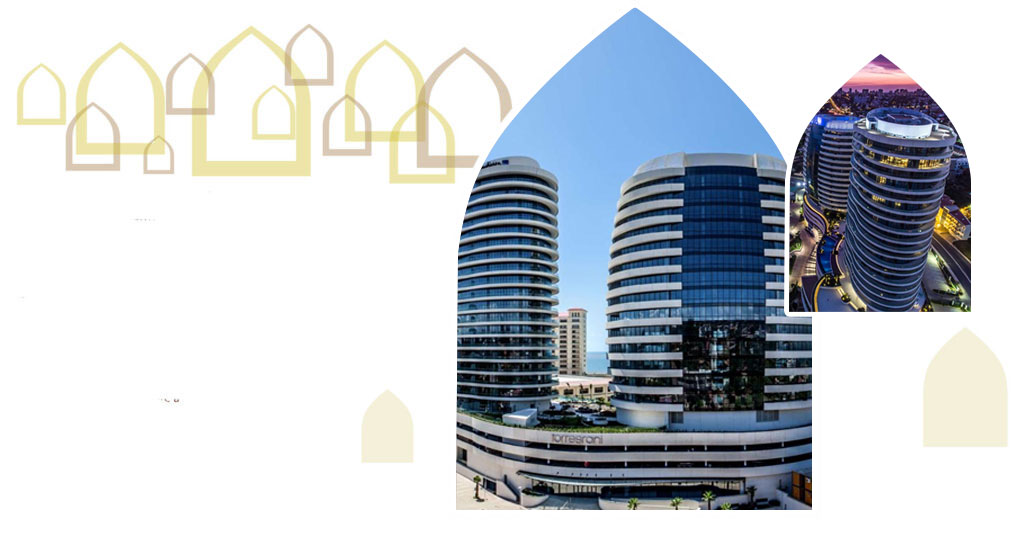 Aujan Industrial Solutions is a value-added distributor and industrial solutions services provider focused on oil and gas,  metals and mining and power and water industries. AIS specialty service applications are focused on bringing a technology through innovative service models to customers across the region. AIS represents some of the strongest brands in the industry, including MSA, GE, Honeywell, 3M, Brady, with an emphasis on presenting customers with solutions rather than products across; 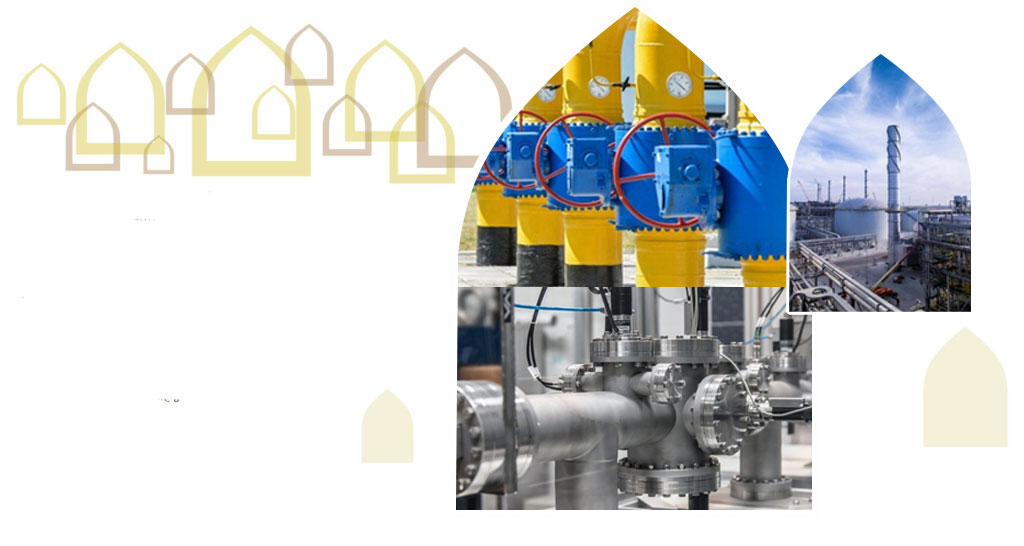